During your stay in Asturias, we recommend to spend at least a day visiting Ribadesella. Joined to the mouth of the Sella River, its impressive 1.5km-long coastline certainly doesn’t disappoint!

Ribadesella’s fishing port offers a variety of aquatic activities. From this port, you’ll find a path leading all the way up to La Ermita de la Guía (a chapel and fortress high on the hill, overlooking the sea). Guía is the patron saint of sailors. Along this path, you’ll also find ceramic murals by famous Spanish cartoonist, Antonio Mingote, which illustrate the evolution and importance of Ribadesella throughout history. Alongside this mural walk is 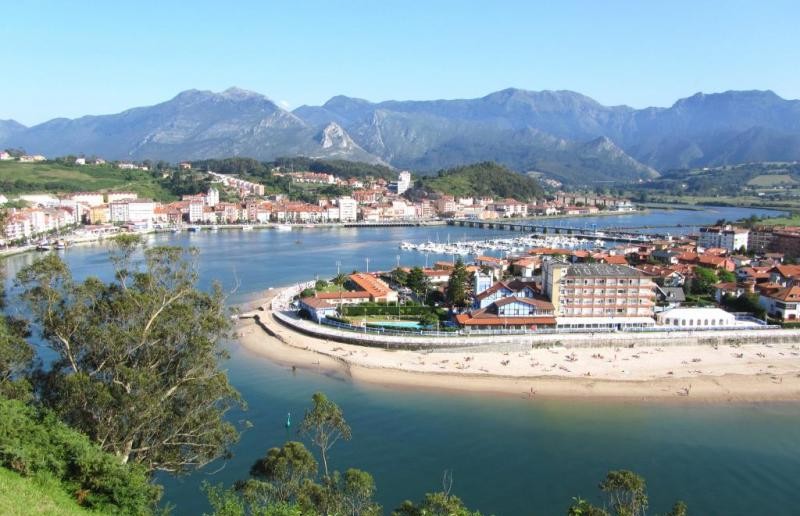 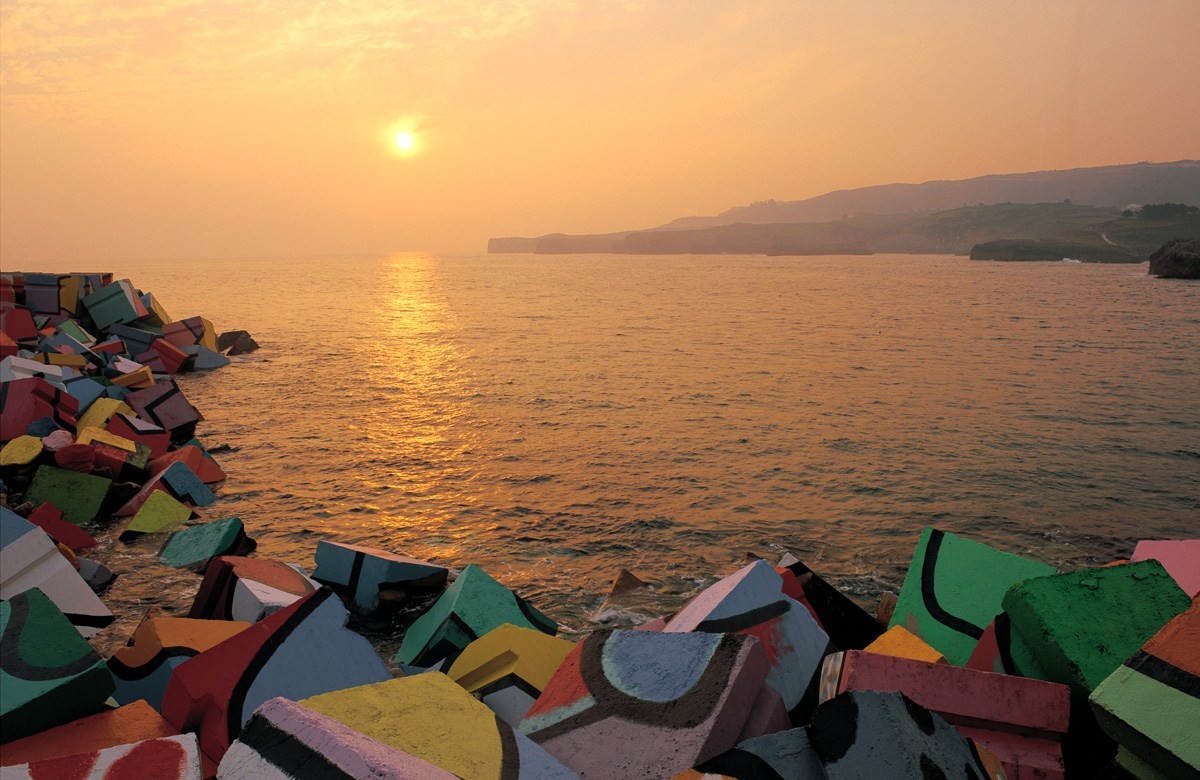 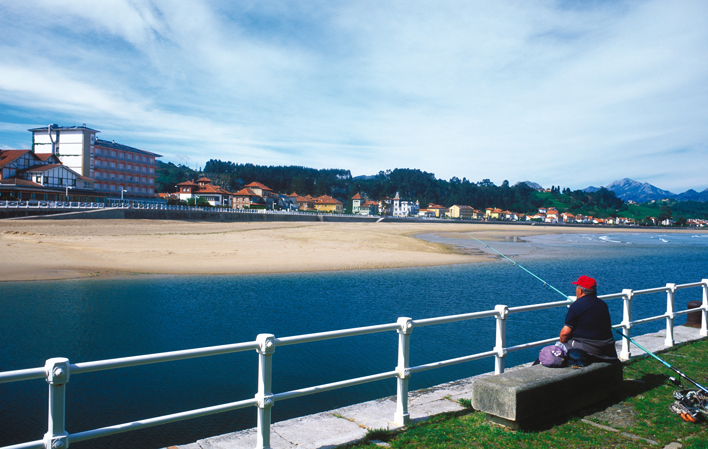 From Cangas de Onís, follow the N652 highway, in the direction of Puerto del Pontón, until you reach a bridge and sign which says “Río Dobra”. From there you will be 5km from “La Olla de San Vicente”, where you’ll find a beautiful place to bathe in the Dobra River after a pleasant 45 min hike along the river bank. The Dobra River begins in León in the Puierto de Dobres (Dobres Port) and winds its way through practically all of Asturias, passing through el Valle de Angón (Angón Valley).

Cangas de Onís, located just 20min south of Ribadesella, is the main entrance to Los Picos de Europa and the Sanctuary of Covadonga, which is a mandatory stop for every visitor. Two rivers meet in Cangas de Onís; the Gueña and the Sella. A few meters from where these rivers collide, you’ll find the picturesque Puente Romano (Roman bridge). It is adorned with the “cruz de la victoria” (cross of victory), which appears on the Asturian herald.

Another main tourist attraction in Cangas de Onís is the weekly street market each Sunday. Here you can find many traditionally made local delicacies, including authentic queso de Cabrales.

What should you see in the Picos de Europa region? Without a doubt, the most popular place to visit in the area is the famous “Lagos de Covadonga” (Enol & Ercina Lakes), located about 30 minutes from Cangas de Onís. For two great examples of what the easternmost area of Picos de Europa has to offer, take the funicular railway through the mountain to the tiny village of Bulnes and a hike along the nearby Ruta de Cares (Cares Trail) , for some impressive views of the river below,

If you enjoy hiking, our recommendation is to take the “Ruta de los 3 Lagos” (Trail of the 3 Lakes), at Covadonga. These three gems: the Enol, Ercina and Bricial Lakes, are well worth a visit. Lake Bricial was previously unknown due to the fact that it normally dries up during the summer. 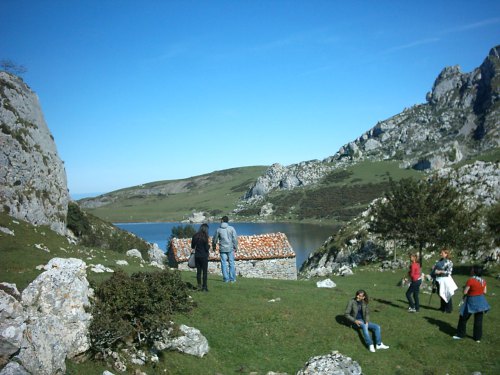 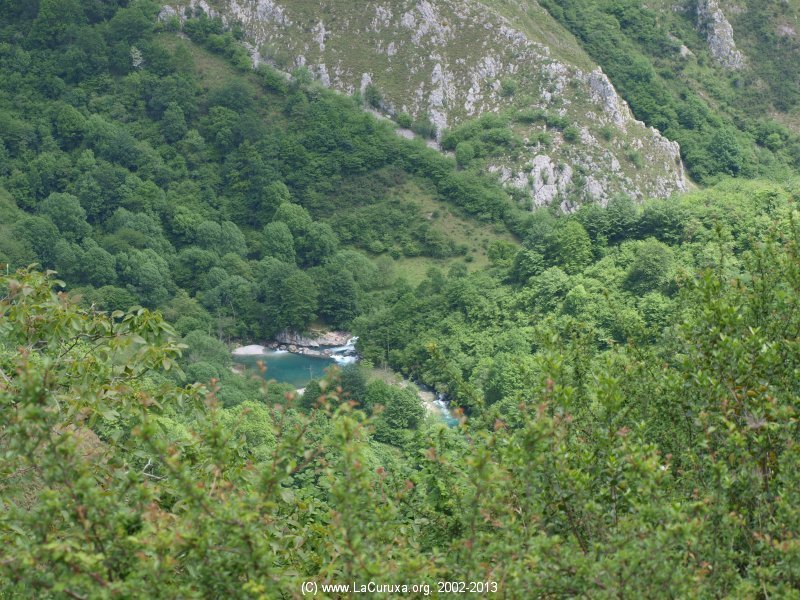 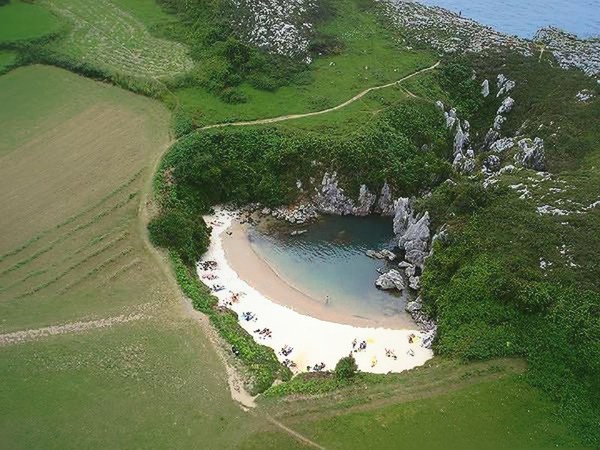 The Llanes area offers some the most impressive beaches in all of Spain and Europe.Therefore, it’s not surprising that many of them have even been chosen as settings for TV series and films.

La Playa de Gulpiyuri in Torimbia, the smallest beach in Europe, was practically unknown a few years ago and now it’s one of the most sought-after, listed among the 20 best beaches in Spain. There are more than 30 beaches and coves in this area—each one more beautiful than the last

Lastres, famous for the popular Spanish TV series which is filmed here (Doctor Mateo), is a traditional terraced fishing village built into the sea cliffs. Its fishing port, and el Faro de Cabo Lastres (Cape Lastres Lighthouse) in the nearby hamlet of Luces, are worth a visit. From here you are also close to the Museo Jurásico (Jurassic Museum) for a glimpse of the paleontological findings in this region (unfortunately, all explanations here are in Spanish only).

If you intend to visit Asturias between October 1st and December 15th, we can organize a visit to the llagar (cider cellar) where you can participate in the cider-making process, using the traditional method of pressing the apples to obtain “mosto” (sweet apple cider). Of course, you will want to try some of this freshly-pressed nectar for yourself, and perhaps take some home with you.

If your visit falls between March and June, you could see the process of emptying the barrels, as well as the corking of the newly fermented cider.